Hooked rugs or mats were traditionally made in Newfoundland as a way to warm up wooden floors during the long winters. Resources were very limited so burlap from flour bags was used as a backing. Worn out fabrics that were no longer useful for clothing were cut into strips and pulled through the backing with a hook (normally a bent nail).

Rug hooking continues today in Newfoundland as a hobby and artform. Many hooked creations are as likely to be found hanging on a wall as being used as a rug. We've always enjoyed checking out Newfoundland crafts on our trips. Linda was particularly interested in hand-made quilts and hooked rugs.

We visited the Molly Made Fibre Art Studio in Woody Point during our September trip. Molly White showed Linda how she cuts nylons into strips and dies them for use in her creations. She gave Linda a quick primer on how to hook a rug. Molly sells starter kits that have everything you need to get started and Linda bought one. She's since been hooked on hooking :). The kit consisted of a wooden frame, burlap with the pattern already drawn on, a wooden handled hook and the yarn need to complete the picture. 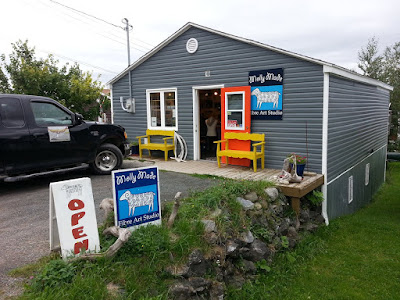 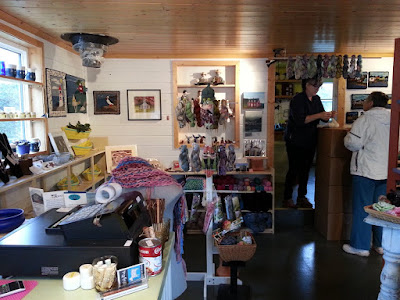 Linda worked on her lighthouse every night in the trailer. About a week later we found ourselves at The Roost in York Harbour. One of the owners, Roy Evans introduced himself as a male hooker. Roy has his work on display at The Roost. By this time Linda was loaded with questions and Roy spent quite a bit of time giving her some great pointers. 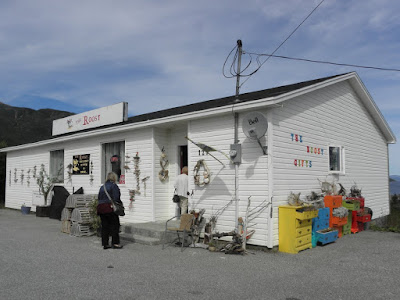 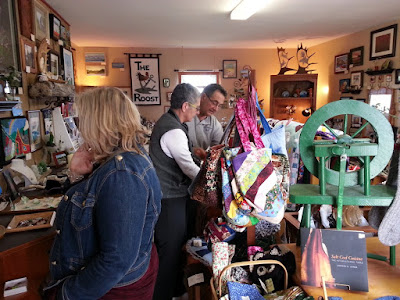 Roy suggested that on our way home at the end of the month, we should stop in Amherst Nova Scotia. There was a rug hooking shop there that was pretty much the Holy Grail of Rug Hooking.

In early October, we were off the night ferry shortly after 7:00AM. We would get to Amherst, which is just before the New Brunswick border around noon. We had lunch at a little diner in Amherst and then headed downtown to find Deanne Fitzpatrick Studio. Amherst has a nice little downtown and the rug hooking studio is right in the heart of it. We found a parking spot about a block away and spent the next hour checking it out. 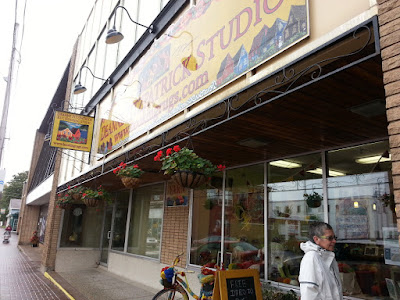 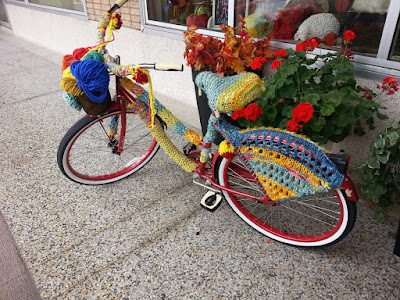 Deanne who is a native of Newfoundland was not there, but her staff are very knowledgeable. You can see and buy finished works. They have an extensive selection of yarns and fabrics and all the supplies that a serious rug hooker could want. 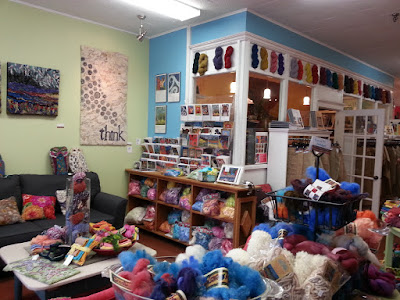 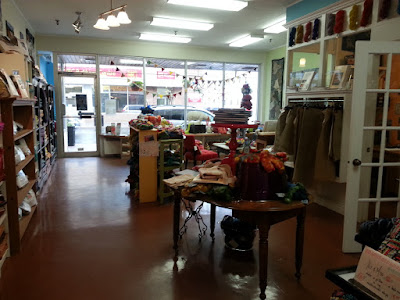 Linda walked out with a starter frame, another hook and a bunch of burlap to take with us back to London. At this writing (late December) she's just finishing her fourth creation. The frame allows her to make a mat that's about 9" x 15". The next plan is to buy a more serious frame, so she can do something larger.

We'll likely stop in Amherst on the way back to Newfoundland in June. It's actually a great place to stop for a break, because it's about half way between where we stay in Hartland, NB and the ferry terminal in North Sydney, NS.

Posted by Bob's Newfoundland at 20:07